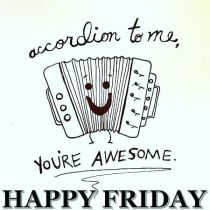 Happy Friday. The sun is shining and there’s no rain the forecast. Are we really still in Youngstown?

Here’s what’s happening for your first Friday in June! Cheers!