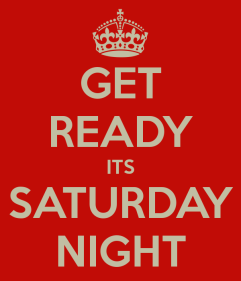 Happy Saturday. Here’s what we know is happening in the area, courtesy of our friends at the Justice League Restaurant Group, who are hosting some huge Halloween Parties later this month. Ohio State kicks off against Sparty at 7:30 p.m. so some places that normally have bands, won’t. Cheers!