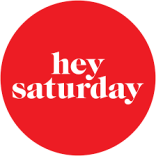 Happy Saturday. Here’s what we know is happening in the area. Cheers!